TRISODIUM PHOSPHATE is an antimicrobial agent, so it is used in the meat and poultry industry. Spray applications have been shown to reduce microbes, while also helping to improve the colour stability, especially in ground products.

TRISOSIUM PHOSPHATE can be used in cereals due to its buffering ability against pH changes. It also helps stabilise the colour of the cereal and makes it easier to extrude.

TRISODIUM PHOSPHATE is used in toothpaste due to its ability to remineralise enamel damaged by commonly consumed acids such as lactic acid and citric acid. This strengthens the teeth and helps prevent degradation. 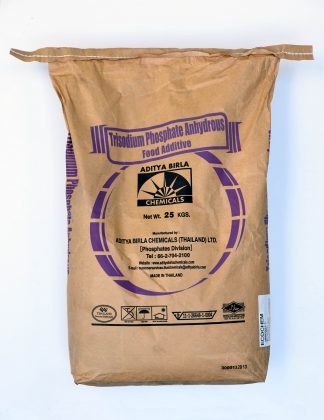