SODIUM METASILICATE is great multifunctioning ingredient in detergent. It is a strong buffering agent, so can prevent large changes in pH. It protects surfaces against corrosion, is a bleach stabiliser and prevents dirt from being redeposited.

SODIUM METASILICATE PENTAHYDRATE is used to protect components in high temperature manufacturing processes, such as for bricks and mortars.

SODIUM METASILICATE can be used to speed up the setting of dry cements. It also has the added benefit of preventing segregation of solids in oil well cements.

SODIUM METASILICATE PENTAHYDRATE has deflocculant properties, so is often used in clay slurries. The adsorption onto the surface of the clay particles causes them to repel each other which creates smoother ceramics. 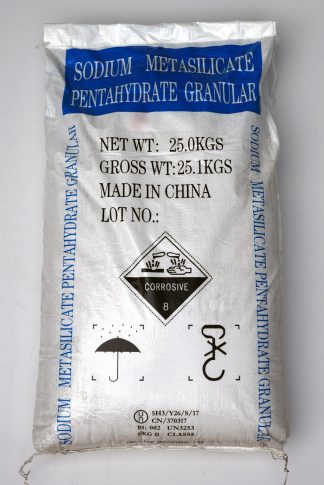